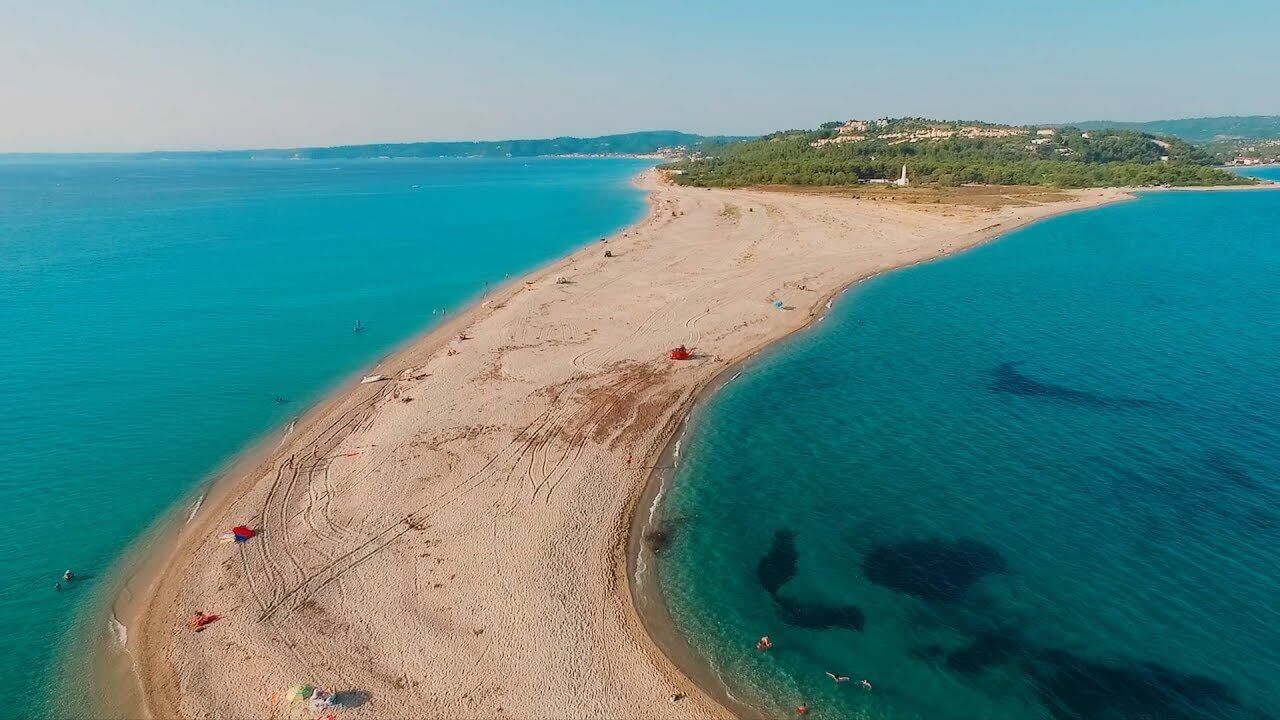 Chalkidiki is a popular destination among tourists and has a unique nature with solitary bays, crystal clear sea, beautiful islands, villages with remarkable traditional architecture, archaeological treasures and historical monuments. It combines mountain and sea, peace and intense night life, ancient history and modern life. The endless, crystal clear beaches are rewarded every year for their quality with "blue flags " and they offer to the visitors of Chalkidiki the vacation of their lifetime, not only because of the unique natural environment, but also the excellent infrastructure of its hotels. The roads of the prefecture, which are constantly improving, can take you to every place in Chalkidiki, not only near the coast, but also in the mainland . 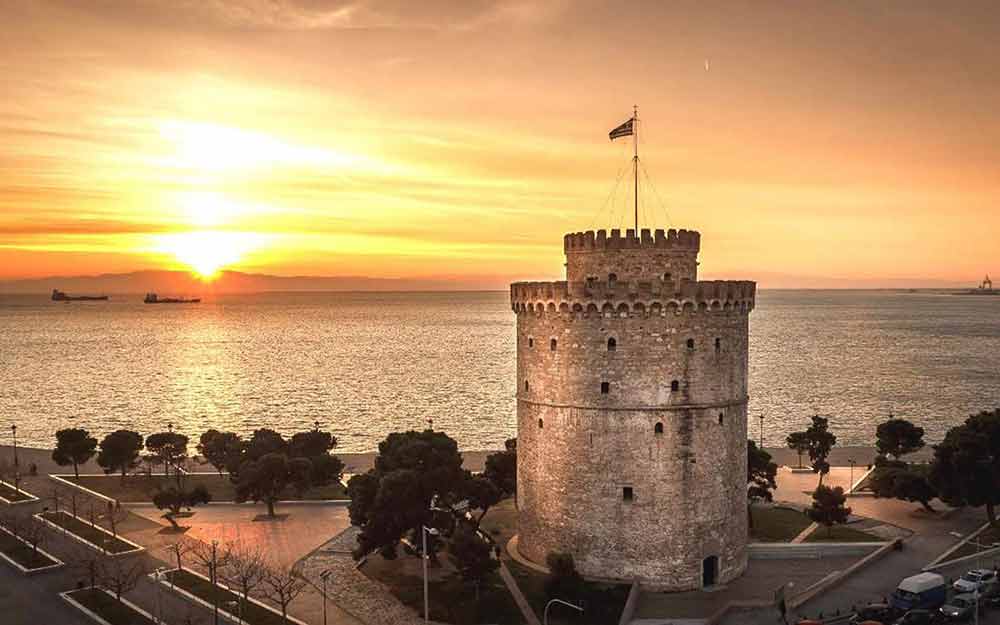 Spots of interest The White Tower of Thessaloniki is an ottoman fortifying work, constructed during the 15th century. Τοday it is considered as the distinctive monument of Thessaloniki and has been saved as a part of the Ottoman fortification of the city, which has been torn down. The church of Agia Sofia is one of the oldest churches of Thessaloniki. It has remained undamaged through the years and is still open until today. One of the most distinctive monuments of Thessaloniki, the Arch of Galerius, also known as Kamara, is located on the upper side of Egnatia Street and really close to Rotonda. The church of Agios Dimitrios is considered to be one of the most important byzantine monuments of Thessaloniki. It is located on the street with the same name and is a five-aisled basilica with a transept and is decorated with many painted pictures and marble capitals. The National Theatre of Nothern Greece was founded on January 13, 1961 and its first artistic director was Sokratis Karantinos. 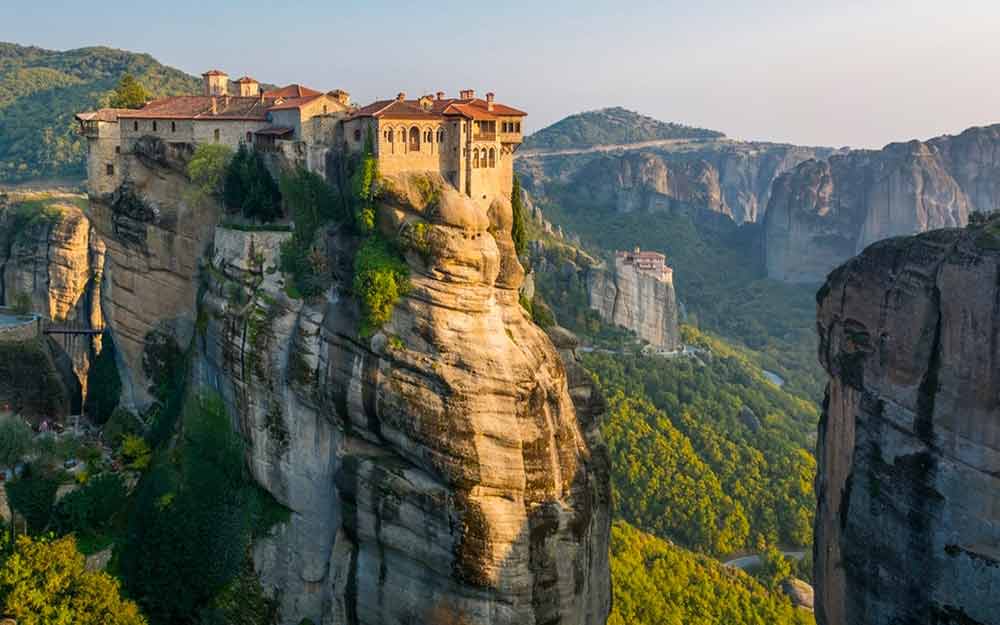 The enormous cliffs of Meteora rise over Kalambaka, between mountains Koziakas and Antichasia. This natural masterpiece reveals all its glory for centuries, as it constitutes a geological phenomenon of unique beauty and an important monument of Orthodoxy. Meteora, which are considered the second Mount Athos, carry on the monastic tradition for nearly six centuries. Monasteries that you can visit There are six monasteries, that you can visit. More specifically: - Agios Nikolaos of Asmenos male monastery or Anapafsas monastery - Rousanoui Arsanis monastery - Metamorfosi tou Sotiros male monastery, also known as "Megalo Meteoro", on the top of the highest mountain - Agioi Pantes monastery or Varlaam monastery - Agia Triada monastery (Meteora) - Agios Stefanos female monastery (Meteora) For sports lovers: Canoeing -Kayaking - Rafting From the region Tria Potamia up to the bridge of Alexios in Agia Paraskevi, Acheloos offers a lot of opportunities for the above mentioned sports, especially when the river's flow is really intense. In the region Tria Potamia there is a center for the organization and safe descent off the river. You can find accomodation in the nearby village Krania, Kalliroi and Polythea. Mountain biking Perouliotika Libadia is the perfect place for this sport. A great number of forest paths can lead you to beautiful locations. You can find accomodation in the nearby villages Pertouli, Elati, Neraidochori, Vrondero and Kalogiri. Rock Climbing Within 10 minutes from the center of Elati and the hills of Koziakas there is the rock climbing path of Kokkinos Vrachos. It is a limestone of almost 60 m. with six routes of varying difficulty. You can find accomodation in the nearby villages Elati, Pertouli, Kalogiri and Vrondero. Horseriding for tourists You will ride proud "Kelites" horses in order to experience the beauty of the region, accompanied by experienced guides.You can find accomodation in the nearby villages Pertouli, Elati, Neraidochori,Vrondero and Kalogiri. Hiking – Climbing The European route E4 passes through Koziakas. A significant network of paths (unmarked) lead to almost every top of the surrounding mountains. - Pertouliotika Libadia - Αstrapi (top of Κoziakas): 2.146 m. - Pyrra - Abgo: 2.146 m. - Νeraidochori - Marosa: 2.020 m. - Perouli - Νeraida: 2.065 m. - Chaliki - Peristeri: 2.295 m. - Kleino - Τringia: 2.204 m. You can find accomodation in the nearby villages Pertouli, Elati, Neraidochori,Vrondero and Kalogiri. Before you leave the city... ...don't forget to buy: - feta cheese, yogurt, sour milk, butter, myzithra cheese - traditional traxanas (a dried type of pasta) and easily boiled and delicious legames - traditional pies - honey by wildflowers from the mountains - traditional desserts - pressed wildflowers - wooden carved handicrafts - woven items with traditional patterns from the distant past - herbs with a great scent 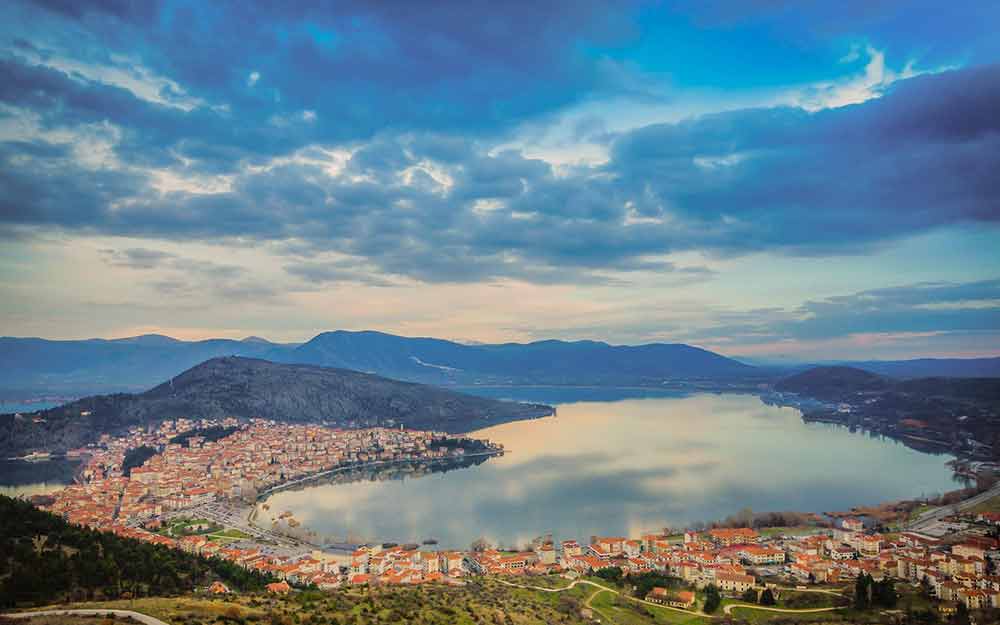 Spots of interest The lake of Kastoria, one of the most beautiful of Balkans, is directly connected to the character, history and development of the city. It has been described as a "Monument of Natural Beauty" by the Ministry of Culture and is a part of the European Network "Natura 2000". The lake is about 28 square kilometers long and its maximum depth is about 9.5 meters. In 2002 was discovered the Neolithic settlement, located in the area Avgi. The excavation area isn't bigger than 2.000 square meters, but the findings in this area have given enough information about the lifestyle of the people, that lived in the settlement. The new amazing "Museum of Wax objects, Folklore and Prehistory", founded in Mavrochori of Kastoria by the well known teacher and talented artist, Mr. Dimitris Panagiotidis and his equally talented wife Fani, is considered as a treasure for the village and generally for the prefecture of Kastoria. When the visitor takes a small tour around the lake, he sees the cave of the dragon on the north side of the peninsula. The cave is located on the shores of the lake, at the foot of a small mountain, which leads to the peninsula, on which is built the city. Right next to the cave, stands on the rocks the church of Agios Nikolaos. Tradition has it that the cave is a goldmine, which was guarded by a dragon. 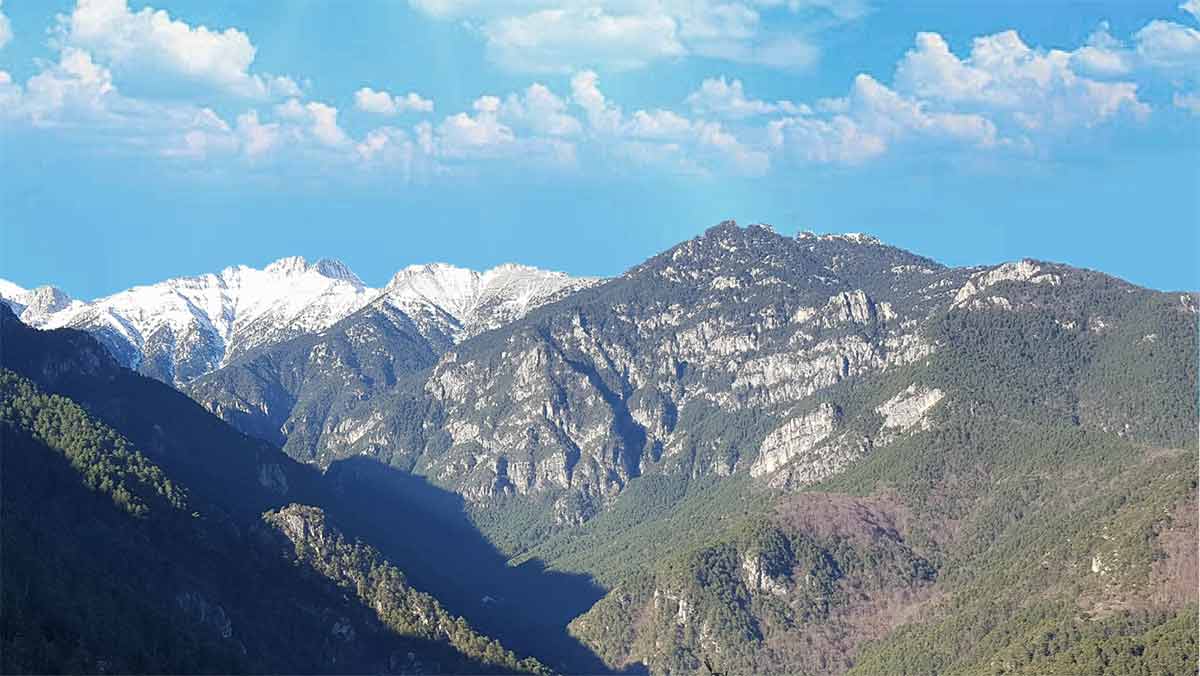 Every year thousands of nature lovers visit Olympus to admire the beauty of its nature and enjoy the tour around its hills and conquering its tops. Organized mountain huts with varied hiking and climbing paths are available for the visitors who want to explore its beauty. Classic starting point is the town of Litochoro at the eastern side of the mountain, 100 km from Thessaloniki, where also ends the Olympus Marathon at the beginning of every summer.

The Action is aimed at empowering micro and small enterprises in the Region of Central Macedonia in the form of a non-repayable grant to ensure sufficient liquidity to deal with the effects of the Covid-19 pandemic.

Ιnvestment’s total budget is 18901,87€ (100% public expenditure). The Action is co-financed by Greece and the European Union - European Regional Development Fund.